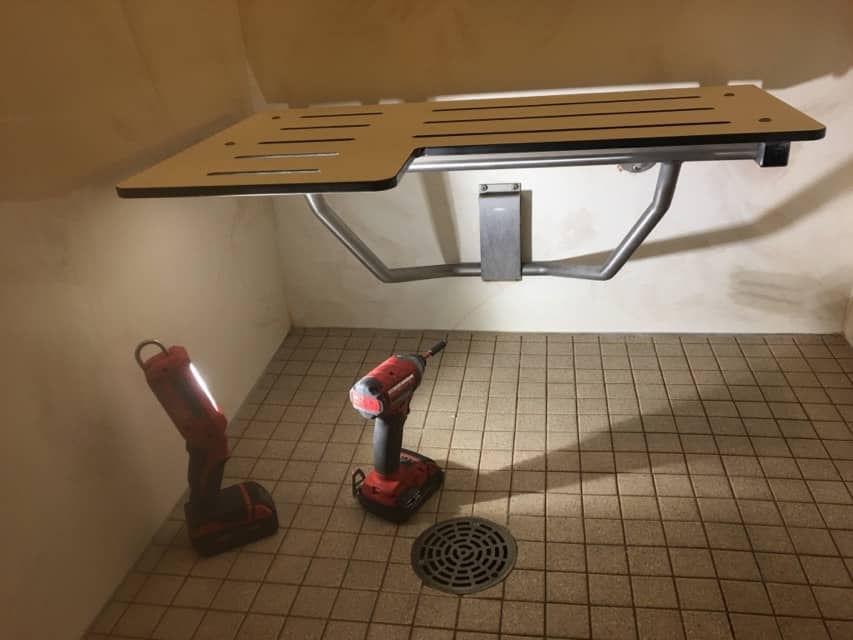 We have moved to East Texas and can help with your commercial Handyman needs.

This was for a shower in a gym, The owner needed to have it re-attached to the wall.

The original screws had pulled away from the tile and torn out the wood.

One of the things that I love about doing commercial building repairs is that every day offers a different challenge, this day offered a broken handicapped shower seat repair in a locker room in West-Haven, Utah.

I received a call that the shower seat was not staying put and that it had fallen down while an employee was cleaning the shower under the seat, it had smacked her in the face and caused quite a gash.

Hardware pulling out of a wall or re-attaching an item to a wall are all a common day to day event in the repair world.  I carry a supply of various bolts and nuts and screws and yet it seems that it’s never enough. For this job I removed the loose screws and inserted a Toggle bolt in a few areas and then installed longer stainless steel screws to grab some more of the wood stud in the wall.

Building Repair, Loose screws pulling away from the wall on commercial shower seat

Screws reattached with no visible difference

A Recent repair in East Texas at a local fast food restaurant .

The Trash Compactor had a internal air valve that has stopped working, I was able to dissemble the machine and following the instructions given, was able to temporarily bypass the valve and get the unit working again. There also was a airline that needed to be spliced and replaced so I went ahead and replaced that as well.

It took about a week to receive the replacement parts and I replaced the parts and had them back up and running again. 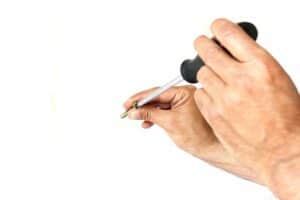 Handyman Tasks for Every Landlord

you need to have specific items so that you can perform these tasks correctly and with ease.

How Regular Maintenance Can Increase Your Rental Property Value Whether it is for the home you live in or a rental property, regular maintenance is 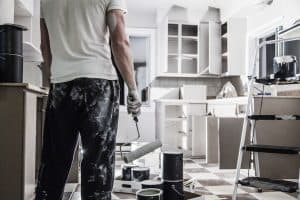